Home PDF files Inscriptions at Sravana Belgola : a chief seat of the Jains

Inscriptions at Sravana Belgola : a chief seat of the Jains 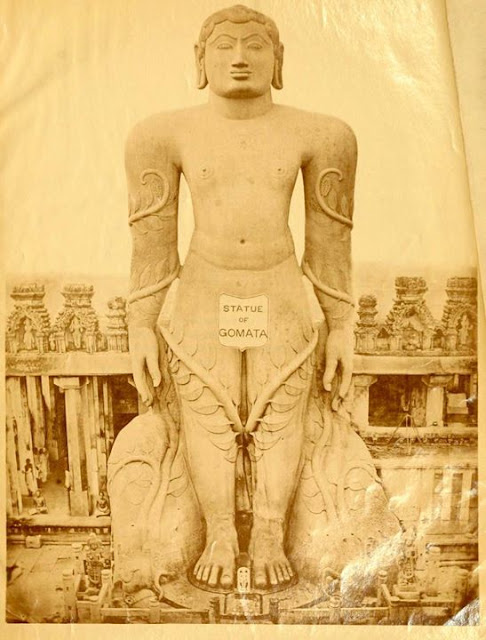 The inscriptions lioro collected aro of great interest, being catirely Jaina ; and Buch is their
litoniry niorit that the study of them may be pronounced uu education in itself, for poets of repute,
aiuoii!,' whom aro named Sujanottaiusu, Arhad-dasa and Maiiga Raja, have taken jiart in their com-
position. They cover a very extended period, even from the remote time of Chandra Gupta, tho
earliest autlicnticated date in Indian history, down to the modem year 1830. Next to the unique
inscription No. 1, which introduces us to Bhadrabi'ihu and Chandra Gupta, and relates the story of
the lirst settlement of the Jains at S'ravana Belgoja, there is none of higher interest, whether from
its stylo or from the fullness and novelty of its contents, than No. 54. And the information therein
coiitained regarding the Jaina hierarchy and htcrature is well supplemented by Nos. 105, 108 and
othors. For purposes of history wo have inscriptions giving us fresh details of great importance relat-
ing to tlu? rise and growth in power of the Gaiiga kings, tho death of the last of the Rashtrakutas,
the establishment and expansion of the Hoysaja kingdom, the supremacy of the Vijayanagar empire,
and lastly the reign of the Mysore royal house.

The work has given far more trouble and been much longer in hand than I anticipated when first
undertaking it in 1835. But owing to th3 untrustworthy nature of the copies supplied to me, which
were made for the local District authorities in 1872, everything had to be done afresh. With
very few exceptions the inscriptions are in Hale Kannada characters, and are engraved either on the
rough horizontal face of the rock, where they remain exposed to every vicissitude, or on prepared
slabs or pillars of black hornblend'3, protected from the weather by maudapas erected over them. As
usual the inscriptions run on with few breaks or indications of stops from end to end in one unbroken
expanse of type. To facilitate reading, the verses and half verses have been marked in the copies, and
in those in Uoman characters the contents have been arranged so as to show the style. In combined
letters the anusvara and nasals are used indiscriminately without any rule in the origmals. The
Kannada copies shov/ thsm as they are, but in the Roman characters the nasal has been uniformly
employed, as otherwise ambiguous or strange looking words result, such as nimna for niwia, Gamga
for Gunga, &c., which are apt to mislead.

My sincere thanks are du3 for assistanse received from Brahma Siiri Sastri, distinguished as the
most learned Jain in the South ; also to Sahukar Barmmana, ever ready to help strangers. The di'aw-
iugs are by Naraassivayam Pillai, and the photo-Hthographs by J. D. P. Chinnappa, both of my ofl5c«.